Are you FOMO investing?

ARE YOU FOMO INVESTING?

Are you FOMO investing?

FOMO investing – What is it? Is it a good thing? Are you doing it?

With impressive market performance in recent times and the rise in investing platforms (like Sharesies and Robinhood), it’s not surprising that more everyday people are starting to invest their money. But with more widespread investing, so too comes more widespread discussions around what people are investing in – for better or for worse.  And that leads us to the topic of FOMO investing.

What is FOMO investing and what has given rise to it?

FOMO stands for ‘fear of missing out’. When your colleague tells you how they made a sweet return on their Air New Zealand shares by buying them in March 2020, it’s hard not to want to get in on the action.  You then follow this emotion by purchasing Air New Zealand or the next big social media crazed investment idea rather than through disciplined traditional approaches.  This is FOMO investing. The reasons for its rapid rise are:

Tech platforms
If you haven’t heard someone around you talk about what they’re investing in, you might be living under a rock because general investment chatter has arguably reached all-time highs, with no prejudice for age or income level. A lot of this can be attributed to the rise in technology, with investing now only a few swipes away on our smartphones through micro-investment platforms and apps (where we can start investing with as little as $1). Investing has become "gamified" which has resulted in investors of all ages jumping on board to seize the opportunities in the markets and look for a quick win.

Information democratisation
Information democratisation is just a fancy way to say that knowledge about something is no longer only accessible by the elite or one specific group. Instead, it’s now available to everyday people. And that’s exactly what’s happened when it comes to information around the markets and their performance. Not only are people now easily able to invest, but they can hear of market changes and news in real-time and use that information to make investment decisions.

Investing communities are growing like wildfire on platforms such as reddit and Facebook. The reddit community /R/dogecoin has seen a massive influx of joiners with the community now having over 1.8 million people. Other communities such as ‘wallstreet bets’ hit headlines globally after the fiasco with GameStop - showing us the power of social media, and also the vulnerability of traditional investment frameworks.  Even celebrities and popular news outlets now discuss trends and speculative market news, further boosting the hype around certain investments, and luring more and more people in.

So tech and the way information is spread has changed investing forever. Turning it from something that was traditionally seen as boring, bland and out of many people’s level of understanding, to being accessible, exciting and essentially gamified. However, making decisions based on trending news for a fear of missing out often results in clear winners and losers. So who are the losers?

A phenomenal year of investing
The past 12 months have arguably been the best investor period the world has ever seen.  Almost every asset class in the world has delivered outlandish returns, sharemarkets have had their second-best year on record, bitcoin has quadrupled in value and even little speccy crypto instruments like DogeCoin have grown almost 10 fold over the last three months.  With returns like these, we all want to jump on the wagon.

While it’s an incredibly positive thing that increasing numbers of people are taking more interest in their financial health and looking for ways to grow their net worth, investing can be a risky business for those who don’t know what they’re doing.

While the explosion in the markets has led many to think they’re an investing whiz, what they might not realise is that the market performance we saw in 2020 is not a normal occurrence. And so, while their high returns are cause for a pat on the back, it’s timely to remember that what goes up must come down.

One example of FOMO investing happened very recently with the cryptocurrency ‘Dogecoin’. Elon Musk (Tesla CEO) has a large following who tout him as a savvy investor (he is the world’s second-richest man after all). He’s also a known fan and investor of Dogecoin, and so ahead of his appearance on the SNL TV show, Dogecoin began to surge in value as people anticipated Elon would talk about the coin (which could drive more demand and essentially cause Dogecoin’s value to sky-rocket). Many new investors flocked to buy Dogecoin, hoping to not miss out on the chance to make some easy money.

However, after Elon’s SNL appearance, the price dropped dramatically, partly due to Elon’s not-so-positive comment on the coin, and because of earlier investors using it as an opportunity to cash out their gains, leaving those who came in late holding the short end of the stick. Making it an unfortunate lesson to new investors acting out of FOMO, that it doesn’t always pay to follow the hype.

So how do we navigate these turbulent times from a rational perspective, and avoid getting swept up into investing hype?  For us, it comes back to few key rules:

And also remember, investors can be like gamblers.  They are very quick to talk about their big wins and very good at hiding their big losses.  Before you blindly follow someone into a quick win, make sure you understand the whole story.

So, instead of taking your friend's word or social media post on a hot new investment, instead of feeling the FOMO, take a step back and approach it from a logical standpoint. Understand the risks involved and then have fun along the way. And remember if it sounds too good to be true, it probably is. 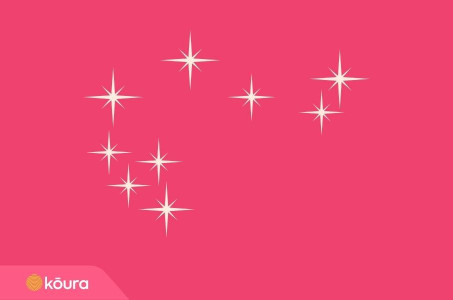 Matariki is here – a time of reflection and renewal, in Māori culture, Matariki marks the changing of the year. So, we thought this could be a perfect opportunity to take stock, celebrate where you’re at, and plan for the future. 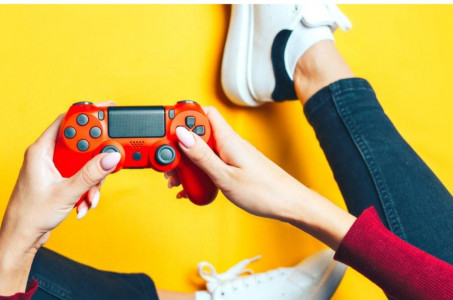 GameStop: What happened and what can we learn from it

The limelight of the share market in January 2021 was the astronomical rise of GameStop shares, fuelled by retail investors from the Reddit forum 'wallstreetbets'.