Understanding the differences between these two market conditions, what to look out for when investing, and how they relate to your KiwiSaver account

As an investor, it’s important to understand the differences between bull and bear markets. That way you’ll know what kind of market you’re investing in and whether there’s anything extra you need to be considering when making investing decisions (like increased risk) and equally importantly you’ll understand the jargon when the finance pundits continually talk about it.

What is a Bull Market?

‘Bull market’ is a term that’s used to define when the financial markets are experiencing rising prices or are expecting prices to rise. The term is most commonly used to refer to the stock market, but can also apply to any other financial asset such as bonds, real estate, or currencies.

We are currently in one of the longest equity bull markets of all time with stock markets on an extended run since February 2009, a 12-year bull market. During this time, the S&P500 (the US stock markets main index) has risen by over 700% with only a few small short-lived dips in the middle.

This may seem like a long period, though bond markets are said to have had a 40-year bull market with interest rates falling consistently from 1980 through to current times (they have now hit zero so can't fall any further). As interest rates fell, bond valuations continued to rise giving strong and consistent returns to bond investors.

The New Zealand property market is another significant bull market, with prices rising almost 300% since 2012 after a 5-year period of relatively flat prices.

What is a Bear Market?

A ‘Bear market’ is essentially the opposite of a bull market, and is when the market experiences a decline over a prolonged period of time.

The causes of a bear-market are usually due to a weak or slowing economy, pandemics, or market bubbles that pop. Market psychology often comes into play, with herd mentality and investor panic leading to longer downturn periods.

Recent examples of bear markets include the Global Financial Crisis where global stock markets declined slowly and consistently for 2 years before settling over 40% below where they had started their descent.

Another example is in the early 2000’'s where markets fell 45% over a 2-year period. The downturn started with the popping of the Dotcom boom and then was extended by the September 11 terrorism attacks which tipped the US into recession.

Bear and Bull markets tend to coincide with economic cycles, which consists of four phases: expansion, peak, contraction, and trough. With a Bull market often being a good indicator of economic expansion (I.e., investor confidence, GDP (Gross Domestic Product) growth), whereas the opposite occurs with a Bear market, with it being an indicator of economic contraction (I.e., falling stocks and GDP decline).

How should you invest in a Bull vs. Bear market?

When people think of the stock market, many imagine that it’s all about watching the market and then quickly buying or selling shares when you think markets are going to move. However, the reality is that it’s incredibly difficult to predict when market trends will change, and even if you do, it’s very unlikely you’ll be able to sell or buy quickly enough to make the return you’re hoping for.

If it were that easy, then active fund managers would consistently outperform the markets (which is not the case). That’s why our answer to the question ‘how should I invest in a Bull vs Bear market?’ is that it’s all about time in the market, not timing the market. Or in other words, there’s no need to invest differently in a bull or bear market – you should just stick to your long-term investment strategy.

It’s easier said than done however, with the average retail investor underperforming the market by c.4-5% per annum largely as a result of them believing they can time the market and buy at the start of bull markets, or sell at the start of a bear market.

If you aren’t following a specific investment strategy but would like to learn more and get started, here are a few things to consider:

How do Bull and Bear markets affect your KiwiSaver account?

In general, you shouldn’t be too worried about needing to tweak your portfolio in reaction to short-term market movements. As long as your investment horizon remains the same then you should keep your long-term objective in mind and stick to the strategy you originally chose.

In general, you shouldn’t be too worried about needing to tweak your portfolio in reaction to short-term market movements. As long as your investment horizon remains the same then you should keep your long-term objective in mind and stick to the strategy you originally chose. 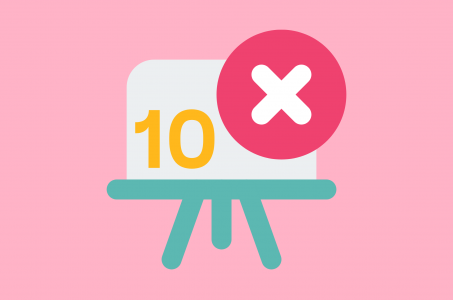 You want to start the new year out right – but not sure where to start? It can feel a little bit overwhelming when you start to take those first steps in your financial planning - but we’re here to help make it a little bit easier for you by listing 10 helpful tips that help cover some of the things you should know!

What is sustainable investing?

Responsible Investing is a process that considers Environmental, Social and Governance (ESG) issues in researching, selecting and monitoring investments (companies). Like people, companies make decisions on what they do, and there are consequences to those decisions. Good decision making can have both non-financial and financial benefits for investors.