With the nation's eyes diverted to the great JUCY heist of 2020, our new guest writer Leni Maiai exposes an underreported piece of KiwiSaver crime happening right under our noses

For the last few months, anxious KiwiSaver members have been taking to the internet to report a theft.  Kiwibloke331 from Balclutha was the first to raise the alert in a Stuff.co.nz comment section; things have snowballed from there.

What Keith realised was that pesky banks and kleptocrats were skimming money off the top of people's KiwiSaver coffers — a cut and dry case of daylight robbery. He spotted it when the deposit for his home - then perfectly secured in a growth portfolio - fell $5,000 in the course of a week.

The cops still haven’t shown up and the situation appears to be worsening, his $5,000 loss graduated into a $6,000 hole in the front door of his home-owning dreams. His response, take the law into his own hands and get that money out of the growth fund and into the conservative one next door. That one doesn’t seem to be leaking at the same rate, so let's try to throw a band-aid on and slow the bleeding. Time to lick his wounds and get on with it.

Sound familiar? Recent reports are that $1 billion of funds was transferred out of KiwiSaver growth funds and into conservative funds during the 1st quarter of 2019. While this might have felt like the right thing to do for these people — making the best of a bad situation — it wasn’t.

Millions of New Zealanders, without realising it, became investors in 2007 when the KiwiSaver scheme kicked off. What felt at the time like a regular savings scheme was actually more sophisticated than that, requiring a bit of an understanding of how the markets work. For many, this education never took place, a gaffe that led thousands of Kiwis to commit a financial crime on their own investments last month.

What these people needed to know is that the markets are cyclical. Sometimes they’re up and sometimes they’re down, and investing in these markets means counting on the historical precedent that markets do bounce back. Moving into a conservative fund mid-crisis is like to give up your return ticket the moment your flight is delayed due to bad weather. We know the weather will pass, we just need to wait it out.

One big positive in the market decline is dollar-cost averaging. With KiwiSaver, money is consistently invested each and every month.  When things are on their way up the unit cost increases, when it’s down, the price drops - investing in your growth fund after a downturn means that you are buying your units at a discount to what you were buying them at with last month's contribution.

While there have been calls from important organisations like the FMA and the Retirement Commission to stop this worrying trend, unfortunately far too many Kiwis did not listen.

Morningstar estimates 5% of people sitting in growth funds switched during the month of March quarter - these people have already missed out on a recovery. Markets have significantly recovered from their lows and are now up almost 30% from their lows on 23 March. The average KiwiSaver member had $20,000 KiwiSaver balance in December, if they had maintained their growth fund allocation, they would now have a balance of c.$18,500k (a 7% fall), however, if they had switched into a conservative fund in the middle of the month (when KiwiSaver growth funds were down 25%) then their KiwiSaver balance would now be only $15k – that decision to switch has cost them $3.5k.

We don’t know what will happen moving forward and whether the current recovery is permanent or is simply a short-term reaction, but this clearly shows that investors would have been materially better off if they had stuck to their KiwiSaver plan.

This crisis and the response from individual KiwiSavers have clearly demonstrated that we need to do a much better job at helping people understand KiwiSaver.  We have done a great job at getting people to sign up to KiwiSaver, but in the process, it’s been oversimplified. Kiwisaver isn’t a savings account at your bank, it’s an investment, which comes with its own territory of understanding.

This was made apparent in a survey released last year which shows less than 50% of people have chosen an appropriate fund for their needs, and that people see Google as the most important sources of information on their KiwiSaver decisions. We need to do a better job at educating consumers in good times, making sure we help KiwiSaver members make the right fund choices and then helping them understand the implications of those decisions.

At kōura, we employ a digital advice model where we assess each investor's risk appetite and objectives to build them a KiwiSaver plan that works for their own personal situation. If more people had accessed advice like this a year ago, it would have gone a long way to stopping knee-jerk fund switch when times get tough.

We are proud to say that through this downturn we have only had single client reduce their plan to a lower risk option through this period which to us reinforces the view that if we give people the help on the way into their KiwiSaver fund they are less likely to make uninformed decisions on the way through. 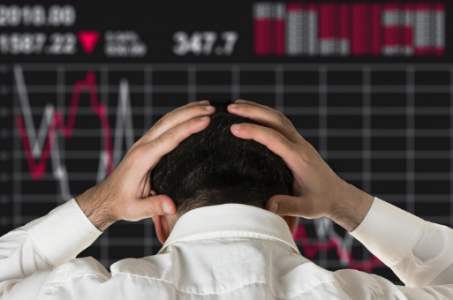 What does Coronavirus mean for my KiwiSaver balance

Many KiwiSaver funds have fallen over 20% in the past month as the Coronavirus has shaken markets.   This has been an extreme period of volatility in the markets.

KiwiSaver and Financial Hardship - All you need to know

Times are getting tough, economically.