We’re living in an age where an oat milk company is worth billions, meat made from plants is replacing meat from animals, and electric vehicles are becoming the norm. Everyday ‘mum and dad’ investors can access the share markets through an app on their phone, people can invest in a pixel on the internet (NFTs), and celebrities can cause a share price to drop by billions with a single tweet. News spreads globally within a matter of seconds, and governments around the world are pledging to be carbon neutral within the next few decades.

You might go as far as to say it’s a whole new world compared to a time when coal, oil, and agriculture dominated the markets, stockbrokers held the pen on investing, and we were producing and consuming our way into a deep, unsustainable hole filled with c02, polluted waterways, and barren forests.

So, how have these changes shaken up the market, and what does it all mean for the future of markets and investing?

Here’s our take on what we’re coining ‘the new economy’:

Financial literacy is trending, and everyday consumers are coming out in force to create their financial freedom and vote with their dollar

The path to financial freedom is no longer paved with stockbrokers cordoned off by red tape only wanting to speak with you if you have a bank balance with at least 6 digits. Instead, it’s an open invite to anyone with a spare $1 and access to the internet.

Not only can retail (AKA ‘everyday’ or ‘mum and dad’) investors access the share market (and another way outside of property) to create financial freedom and inter-generational wealth, they’re showing up in force to do it.

Approximately 15% of all retail investors only began investing in 2020, and 45% of all new investors are believed to be women. At first, the investment industry viewed this influx of newbie investors as ‘dumb money’ and didn’t take them seriously. However, with stats suggesting that a third of all US stock market trading so far in 2021 can be attributed to retail investors, they’re now a segment the industry is keen to understand (and capitalise on).

Retail investors are showing they have sway when it comes to rallying behind certain companies or stocks (hello GameStop and meme stocks), and this sway will continue. Companies and boards should expect to see the humble retail investor being the one to hold them to account and demand they implement and follow more ethical and sustainable practices.

With financial news at everyone’s fingertips, retail investors have the power to vote with their dollar now more than ever before.

Cryptocurrencies are attracting younger audiences, and the traditional finance world is divided on whether they should try to keep up, or shun and disregard it as irresponsible ‘gambling’

There are those who have become overnight crypto millionaires, where using crypto as currency through a debit card isn’t worth batting an eyelid at. And then there are those who can’t quite wrap their head around how blockchain can be digitally mined, and what exactly they’re buying if they invest in crypto.

While people of all ages are investing in cryptocurrencies, the new investors they’re attracting definitely skew to the lower side of 30 when compared to traditional investing platforms. Younger audiences are drawn to the decentralized nature of cryptocurrency, its liquidity, and of course the potential of incredibly high returns (what other investment has the potential of a 200% or even 15,000% return?).

Whether old-school financers believe in cryptocurrency or not, it has an appeal that traditional finance doesn’t. And so, it shouldn’t come as a surprise that traditional banks are frantically thinking of how they might claim their piece of the digital pie (while navigating their strict regulatory environment and managing their risk), so that they can adapt and maintain their age-old foothold on the industry.

We don’t see technology slowing down (or people’s capacity to adopt it), and so the future of finance looks digital, frictionless and ripe with opportunity; cryptocurrencies are becoming increasingly available through investing institutions, and neobanks (digital banks) are popping up across the globe. While these new types of investments and financial innovations are more volatile and unknown (given they lack historical context), it’s certainly an exciting time to be an investor.

The plant-based market was worth $7 billion in 2020 and is expected to reach $74 billion by 2027. However, if less than 1% of the world’s population is vegan, it means that behind every meat-eater that cracks a ‘how can you tell someone’s a vegan joke’, is a fridge full of meatless beef patties and a deep love for oat milk flat whites.

Okay sure that’s an exaggeration, not every omnivore wants to eat beef-free beef patties, but they do significantly contribute to the success of plant-based companies like Oatly (Oat Milk) and Beyond Meat (plant-based meat patties) who absolutely crushed it on the share market when they IPO’d (raising US$1.4B and $240M respectively).

But if most of the world don’t label themselves as vegan or plant-based, why all the hype around animal-free foods? It stems from a few factors:

Where to from here? Expect to see the plant-based options on your supermarket shelves grow, and the variety multiply. A future where pistachio is your milk of choice, and your steak is 3D printed, made entirely from plant-based proteins isn’t as farfetched (or far-away) as it may seem.

All of this innovation means we can expect to see more exciting plant-based businesses like Oatly hitting the share market over the next few years, and our investment portfolio (and the planet) might be better off for it.

It’s a race to carbon neutrality, driven by emission-free transport and a whole lot of lofty promises

Firstly, what does becoming carbon neutral even mean? Well, carbon dioxide is a leading greenhouse gas emission that we humans are experts at producing – through things like farming, burning fossil fuels, and forestry. The more carbon dioxide, the more heat that’s trapped in the atmosphere, the more climate change.

We’re currently on the fast-track to an uninhabitable planet, and so the heat has (literally) been turned up for countries to make their carbon-neutral pledges and take action. So far, Bhutan and Suriname are the only countries in the world to be carbon neutral (their actually carbon negative!), and only 6 other countries have actually committed their policies to law (including NZ!).

Considering some of the world’s biggest emitters China, US and Brazil are yet to lock in their pledges, we’ve got a long road ahead that will have to be paved with innovation and mass adoption of more environmentally ways of operating.

What does that mean for the markets? Well countries can either remove emissions from the atmosphere, and/or stop emitting them in the first place. And the latter is where we see a lot of innovation in the transport and electric vehicle space, with the electrification of transport being one of the major trends of the 21st century.

Tesla was fundamental in shifting our ideas about EVs’ and associating them with excitement and exhilaration. And the US will have to get reeeeally excited about EV’s because President Joe Biden recently pledged to transition the US economy “away from the oil industry”, however transport currently accounts for 70% of Americas oil consumption. With that kind of pledge, it’s clear that some major shifts will have to happen in the transportation space.

Ford Motor company, the original grandfather of the automotive industry, doesn’t want to be left behind and is now offering one of America’s most iconic pick-up models as an EV. And, with an increase in new electric vehicles comes the need for a lot of new batteries – so it could be worth keeping an eye on companies that will be necessary to aid this transition, like European battery manufacturer FREYR (valued at $1.4billion) and start-up Microvast (valued at $3 billion).

So it’s a race to carbon-neutral, and if governments can stick to their promises, and industries can innovate and change their practices, hopefully, we’ll all be winners.

The future could be rich

Rich with people who have secured their financial freedom through more equitable access to the financial markets. Rich, quite literally, from new digital currencies and online ways of banking. Rich in human and planetary health as people adopt more plant-based foods into their diets. And rich in technology and business practices that no longer harm our planet, but instead preserve it as a clean and enjoyable place to live.

Sure it’s idealistic, we’ve got a long way to go. But we’re heading in the right direction. Whether you’re an investor, an innovator, or just a spectator, these are exciting times ahead. 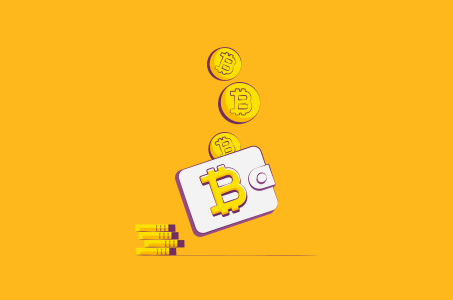 Why should I care about sustainable investing?

Sustainable investing (also known as ESG investment) has become the new craze the investment world over the past two years. 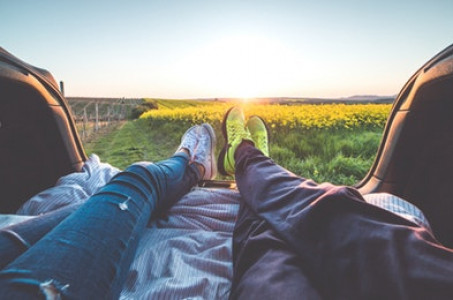